Workplace Injury and Motor Vehicle Accident Lawyer Jeff Robinette knows McDowell County and Welch WV. Though now a resident of Morgantown, Jeff was born and raised in Welch, graduated from Welch High School and Concord College in Athens, WV. After serving five years as an Army intelligence officer and paratrooper for the 82 nd Airborne Division, Jeff attended the WVU College of Law and obtained his JD degree in 1991. During Jeff’s childhood years in Welch, he could most likely be found on the tennis courts at Linkous Park or working at the local Kroger’s Supermarket where his father was the head butcher for more than thirty years. 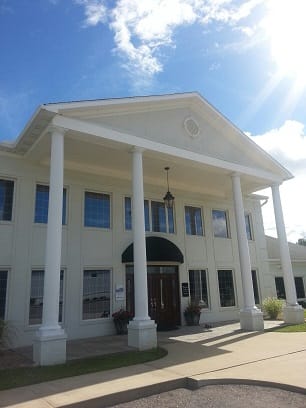 Today Jeff is a National Board Certified Trial Lawyer and personal injury attorney with his main office located in Morgantown, WV. He represents clients throughout West Virginia for legal issues including car wreck injuries, workplace injuries including those injuries resulting from coal mining and fracking, trucking accidents, and motorcycle collisions, and wrongful death.

Welch is county seat of McDowell County WV. Incorporated as a city in 1893, it is located at the Tug and Elkhorn rivers.

Welch was named after Isaiah A. Welch, a former captain in the Confederate Army who came to the region as a surveyor, and helped establish the plan for the beginning of a new town. Welch was made the county seat of McDowell County in an election by county citizens in 1892, even before Welch was incorporated as a city. The previous county seat was in Perryville (now the community of English) near present day Coalwood. Results of the election were contested; to avoid violence county records were secretly moved from Perryville to Welch at night in two wagons. 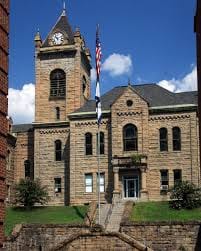 One of most significant events in early Welch history occurred on August 1, 1921, when detectives from the Baldwin-Felts Detective shot down Matewan Police Chief Sid Hatfield, a member of the Hatfield family of the famous Hatfield and McCoy Feud, as well as Ed Chambers on the stairs of the McDowell County Courthouse during the Southern WV coal wars.

In the early 1900’s, as the railroad and coal mining industries were booming, Welch became the prosperous hub of a growing community with three hospitals, retail stores, banks, and churches for a county which boasted a population of nearly 100,000 residents.

Fracking in Southern West Virginia is also providing new employment opportunities. Home grown energy and jobs are great, but a high cost has been paid by some landowners, gas drilling workers, and even those who have had to live with contaminated water supplies.

From our offices in Morgantown, our lawyers are well situated to represent victims and their families in communities throughout the coal, timber and industrial industries operating in Southern West Virginia.

Jeff Robinette and the Robinette Legal Group will work with you to help you recover the maximum money damages you are entitled after an industrial accident or construction job site accident.

As former insurance defense trial lawyers, we know how to investigate accidents to determine the actual cause of the accident and the full extent of damages. If we determine there is another party that caused the accident, we aggressively pursue full and fair money damages, while you continue to receive the workers’ comp benefits you have earned for your on the job injury.

If you have questions about your injury claim, call us before you sign anything or give any recorded statements. We answer questions like yours every day, and can direct you to your next step toward your best recovery. Call Today: 304-594-1800 or after hours, 304-216-6695.