When is it Time to Hand over the Keys?

Since 1863, the West Virginia State Motto has beenMontani Semper Liberi, or “Mountaineers are Always Free.” We love and value our freedom, no matter what our age. One of the greatest freedoms we possess in this country is the freedom to travel without restrictions, usually by car. Ask older folks in the nursing homes what they miss the most, and many will tell you that they miss the ability to drive when and where they like. At the same time, their adult children might tell you that they are scared to death that their parent is going to cause a bad collision. 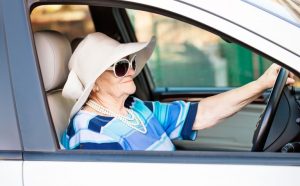 According to the U.S Census Bureau’s population estimates by age and gender, West Virginia remains among the oldest states in the nation. The median age of West Virginians is 40.5 years (third highest) and the share of those who are 65 years or older is 16.2 percent (second highest), and these percentages are predicted to rise every year.

As the number of older drivers increases, senior-driver safety is becoming more relevant for many families. With years of experience behind the wheel, older drivers likely are among the safest on the road. However, skills and abilities required for safe driving do deteriorate with age. The “silver tsunami” or a great increase in the percentage of seniors driving in West Virginia raises the question of how families and doctors must be working together to determine if and when age-related health problems – from arthritis to frailty to Alzheimer’s disease – are severe enough to impair driving.

Fatality rates for drivers begin to climb after age 65, according to a recent study by Carnegie Mellon University in Pittsburgh and the AAA Foundation for Traffic Safety, based on data from 1999-2004. From ages 75 to 84, the rate of about three deaths per 100 million miles driven is equal to the death rate of teenage drivers. For drivers 85 and older, the fatality rate skyrockets to nearly four times higher than that for teens.

Ten Signs That it is Time to Stop or Limit Driving:

Specific physical and cognitive abilities may decline with advancing age such as changes in vision, hearing, and reaction time. However, there are large individual differences in the onset and degree of functional impairments, so age alone does not provide sufficient information to judge driving ability. Still, functional impairments can interfere with driving and may become particularly evident in stressful or challenging driving situations such as merging or changing lanes.

A study of older drivers’ elevated fatal crash rates per mile traveled between 1993 and 1997 revealed that the main factor was not seniors’ over-involvement in crashes but their fragility, defined as the risk of death in a crash. Fragility increased starting around ages 60-64 and continued to rise with age.

Compared with younger drivers, senior drivers are more likely to be involved in certain types of collisions – angle crashes, overtaking or merging crashes, and especially intersection crashes. Studies of senior-involved crashes have found that failure to yield the right-of-way is the most common error among seniors.

Many older drivers also take medications with side effects that can impair the driving ability of both young and old. As a person ages, their muscle mass and kidney function decline, so that person’s ability to metabolize (break down, use, and eliminate) medicines declines as well, leaving a higher concentration of medications in the body which may affect response time and driving ability.

Rather than prematurely taking away the privilege of driving from a person who may still have the ability to safely drive for several more years, individually assigned restrictions may be the answer to prolonging an aging person’s independence for as long as possible. Restrictions similar to those assigned to teenage drivers may include no driving on high-speed roads, driving outside a certain area, or driving at night. These restrictions would increase safety for those with visual impairments, prescription medication dependence, and impaired physical mobility.

A large study from Canada in 2011 found another key component in reducing serious crash injuries among older drivers: simply having the doctors warn patients, and tell driving authorities that the older patient may be medically unfit to be on the road. Where this has occurred, there’s a drop in serious crash injuries among those drivers. The study, in theNew England Journal of Medicine, couldn’t tell if the improvement was because those patients drove less, or drove more carefully once the doctors pointed out the risk.

While the study included adult drivers of all ages – for conditions ranging from epilepsy to sleep disorders, alcoholism to dementia – most were over age 60. This study highlighted one reason physicians don’t like to get involved: About 1 in 5 of the patients who were warned changed doctors. There also was an uptick in reports of depression.

Doctors aren’t necessarily trained to evaluate driving ability, and the study couldn’t tell if some drivers were targeted needlessly, noted Dr. Matthew Rizzo, of the University of Iowa. Yet he considered the research valuable. ”The message from this paper is that doctors have some wisdom in knowing when to restrict drivers,” Rizzo said. His own research shows some cognitive tests might help them better identify who’s at risk, such as by measuring ”useful field of view,” essentially how much your brain gleans at a glance – important for safety in intersections.

Other families turn to driver rehabilitation specialists, occupational therapists who can spend up to four hours evaluating an older driver’s vision, memory, cognition, and other abilities before giving him a behind-the-wheel driving test. Some doctors and state licensing authorities order those evaluations, but programs can be hard to find, often have waiting lists, and cost several hundred dollars that insurance may not cover.

Still, “you could have the sweetest, nicest little old lady and she’ll turn on you on a dime if you tell her she can’t drive,” Bartle said. “It’s a desperate thing for people. They can’t imagine how they’ll manage without driving.”

Simple Tests for Doctors to Use in Evaluating Older Drivers

Today, the American Medical Association recommends that doctors administer a few simple tests in advising older drivers. Among them:

”If the answer to that is no, that’s telling me the people who know the patient best have made a decision that they’re not safe,” Kennedy said.