March 2020 Update: West Virginia is opting not to use the Voatz voting app as a voting aid for deployed military after a study at MIT discovered vulnerabilities that could allow hackers to change a person’s vote without their knowledge.

The Voatz app was used for the 2018 election without any reported problems, but voting security experts have repeatedly argued that online voting is dangerously insecure.

Even so, West Virginia has a new law that requires electronic ballots for people with physical disabilities.

The West Virginia Secretary of State’s office plans to use an electronic system from Democracy Live that will allow voters to either vote online or have the ballot printed and mailed in.

Original Article:  Voting from the convenience of home via smartphone… voting doesn’t get any easier than this.  But, is it secure and can it be hacked?

Election hacking in West Virginia is a longstanding tradition. The ways and means have varied throughout the past 150 years of elections and the technologies have evolved, but human nature remains the same. From ballot stuffing to cold votes (votes from the deceased) and now the concerns with foreign government interference, election tampering has occurred on many levels.

If there is a way to manipulate election results, it has been attempted.

West Virginia residents deployed overseas by the military and their families will have the option of voting by smartphone in the November 2018 election.  While state officials have affirmed that the technology is secure, blockchain-based voting has never been done at a state level.  The pilot test in the May primary involved deployed military members from two West Virginia Counties, Harrison and Monongalia. 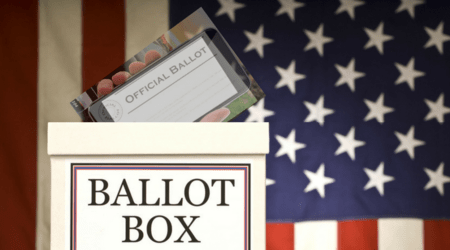 The first active user of the mobile voting application was Scott Warner, son of WV Secretary of State Mac Warner. Scott Warner is currently registered to vote at his home in Monongalia County but currently is deployed in Italy.

“The registration for this application was very easy to maneuver. It included an ID verification process that matched me to my ID. That gave me confidence that this mobile voting process was secure,” Scott Warner said. “When the ballot was made available, I just clicked through the names of the candidates. I hit ‘vote’ for the candidates I wanted to support. Then I used the thumbprint Touch ID on my phone to verify who I was. That was it. Pretty slick!”

The trial results in the May primary were satisfactory, and there were no critical issues identified, according to the audit.  Suggestions from the county clerks and auditors will be incorporated into its future projects.

Harrison County Clerk Susan Thomas said her office had to re-create paper copies of the blockchain ballots to scan into the vote tabulators during the pilot earlier this year since the votes were not automatically recorded into the elections recording system.

“We had to print the paper out with the voter’s vote and re-create the ballot,” she said, calling the pilot a success otherwise. This issue should be resolved by November.

Is West Virginia the First to Use Blockchain Technology for an Election?

Agora, a Swiss-based blockchain startup that claimed to have facilitated the first blockchain-based election, issued a press release in March 2018 stating that the election in Sierra Leone was the first election to use blockchain technology as part of their election process.

What really happened is this:  The small west African country of Sierra Leone allowed Agora to act as “an international observer” at 280 of roughly 11,200 polling stations.

According to Sierra Leone election officials, they recorded the paper votes as they would in any other election. Then, Agora’s team recorded those same votes on its blockchain. Later, it published those results on its website.

Essentially, Agora’s involvement with the Sierra Leone election was a proof-of-concept experiment. Like: “See? We can record an election and get the same result as government officials.”

So, West Virginia is a true leader and the first to implement blockchain technology for voting.

West Virginia Secretary of State Mac Warner is actively working to protect the integrity of elections by setting up checks and balances ahead of the election to detect fraud and attempted fraud by outside agencies and the agents of other countries.

West Virginia’s cyberdefenses began with a built-in advantage: State law requires that hand-countable paper ballots be used in every election. Even if voting machines were altered to try to sway election results, the ballots guarantee that the true outcome of a race could still be determined.

The state also demands other safeguards. Voting machines are tested before and after elections to ensure that a set of mock votes are reported identically; testers also reset the machines’ internal clocks to Election Day to spot any malware programmed to alter results on that one day and then self-destruct.

The election results from apps for overseas absentee voting must also be trackable and verifiable.

What is Blockchain Technology in Voting?

In its elemental form, a Blockchain is simply a decentralized database system – digital ledgers that store transaction data, distributed across many nodes. It has a linked list data structure, with each block (an aggregated set of data) containing a ‘hash’ of the previous block.

Each block is formed by a ‘proof-of-work algorithm’, through which consensus of this distributed system is obtained via the longest possible chain. A ‘traded’ cryptocurrency Blockchain (e.g. Bitcoin) is a shared public chain: in principle, everyone has access to the chain, not only to read the information on the chain but also to append new blocks on the chain. This is known as an unpermissioned chain.

The West Virginia voting application is likely to be a permissioned chain, where, through public key cryptography, access control can be implemented during setting up of the chain so that differentiated access can apply – both voters and those managing and controlling the voting process can differentially record, and/or interrogate, votes and voting data added to its Blockchain.

In this article, Mr. Rishwan interviews Dr. Stephen Castell, a computer science and systems expert witness with over 30 years of experience. As an expert witness, Dr. Castell has acted in over 100 major cases including the largest and longest computer software actions to have come to trial in the English High Court.

Blockchain technology has been deemed by some to be “tamper-proof” but there is no technology that is 100% secure.

Mr. Rishwan and Dr. Castell discuss multiple aspects of the pros and cons of using a blockchain system for making the process as tamper-proof as possible and checks and balances which are necessary for the security and validity of a Blockchain-based voting system.

Dr. Castell stated “It would seem an obvious (constitutional?) requirement that votes must always be manually-countable in any US election, in the event of suspected error or lack of trust in the reported result, whether through suspected deliberate tampering or compromise, accident or incident, random system malfunction, or whatever else, and particularly if the result is legally challenged in court.

“Any smartphone app voting system must therefore always be designed so that its operation, and the voting data recorded, are auditable for integrity, accuracy and reliability ‘by hand’ – that is surely the most basic check and balance.”

What Can You Do If You Observe Election Tampering?

The West Virginia Secretary of State’s office provides a procedure and form which can be followed and filed if election tampering is observed or suspected.

If you witness an election violation, then first call the Secretary of State’s Office to discuss the matter:

If you still believe that there is an election violation, then please use the following information and click the link to download the election complaint form and submit it to our office.

Hold Up:  What Actually Happened in Sierra Leone’s “Blockchain Election”?