Nucor Corporation has announced that Mason County West Virginia is the planned site of a new sheet steel mill. The construction of the Nucor Mill is expected to cost 2.7 billion dollars over two years, with $1.9 billion allocated for employee compensation, $1.4 billion in direct spending, and another $500 million designated for secondary industries.  The projected 10-year economic impact of operation of the steel plant is $25 billion to the economy of West Virginia, eventually increasing the WV tax revenue to close to $439 million.

Approximately 1000 workers will be required to complete the construction of the Nucor Steel plant, and over 800 new jobs will be created when the steel mill is up and running. The projected completion date is sometime in 2024.

The Nucor Steel mill will have the capacity to produce up to three million tons of sheet steel per year using less than one-third of the average carbon intensity for similar steel production mills.  The steel will be used for automotive, appliances, HVAC, heavy equipment, agriculture, transportation, and construction purposes.  Nucor definitely has the ability to produce income as well as steel.  In the first quarter of 2022, their earnings exceeded 2.1 billion, the best in the company’s history.

The West Virginia Economic Development Authority approved a resolution on May 19th, 2022 completing a major part of the incentive package that enabled the state to attract Nucor Steel to construct a plant in Mason County, WV

The resolution authorizes the WVEDA to take title of the 1,200-acre Mason County property and lease it back to Nucor, relieving the company of traditional property taxes.

Instead of those taxes, Nucor has agreed to give a $1 million a year contribution to the Mason County Board of Education and it’s struck a Payment in Lieu of Taxes (PILOT) agreement with the Mason County Commission.

Under the PILOT, Nucor will pay the commission $30,000 a year during the first two years of construction. The payment increases to $1 million a year when production begins and will increase to $1.5 million a year when the plant investment reaches $4.5 billion.

The day of the Nucor announcement earlier this year, the company had a ceremony with the Mason County school system handing over its first $1 million donation.

The new sheet mill will have the capacity to produce three million tons of steel annually. Construction is expected to take two years pending permit and regulatory approvals.

Nucor is also considering the construction of a transloading and processing center in Northern West Virginia. 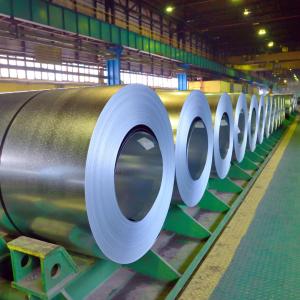 Nucor Safety for Workers: “Nothing is more important than Safety – Nothing.”

In light of the inherent danger of serious injury associated with the production of bar and sheet steel, Nucor does have robust programs in place to promote workplace safety.

One of their representatives has said, “To facilitate the continuous improvement of our safety culture, each Nucor facility employs a dedicated safety leader. These individuals have the facility-specific knowledge they need to ensure the right systems and processes are in place to protect every member of the team on that site. Every production facility is assessed regularly on its environmental and safety performance, with such assessments involving teammates from other divisions.

In addition to compliance, program and procedural reviews, this days-long process provides an opportunity to share best practices and identify areas for improvement. The assessment also measures teammate internalization of safety practices and includes their feedback on the safety process. All safety leaders meet twice a year for two days. They share information, discuss trends, and receive training. They also participate in group breakout sessions. Here, safety leaders review safety incidents and safety success stories, which often lead to the implementation of new best practices.”

Contractors working on site are also required to adhere to certain safety standards and provide evidence of a proper safety program. 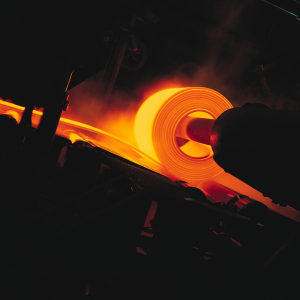 Even so, Nucor has paid nearly half a million dollars for workplace safety violations in the past twenty years.

According to the Greensboro News and Record: “Here we have a large company that’s involved in a dangerous enterprise, and safety is not a major concern,’ said Joseph Kinney, a Chicago safety advocate. Kinney, 42, founded the National Safe Workplace Institute in 1987 after his brother died in a construction accident. Eleven workers at Nucor steel plants across the country have been killed since 1980. That works out to 23.4 annual deaths per 100,000 workers, compared with the steel industry average of 10.5, calculated by the American Steel and Iron Institute.

Kenneth Iverson, Nucor chairman and chief executive, acknowledges the high death rate but says the company’s safety record will stand up to scrutiny.

He says the rate is high in part because Nucor has opened five new factories since 1980. “We’re building plants,’ Iverson says. “That’s a notoriously difficult time for safety.”