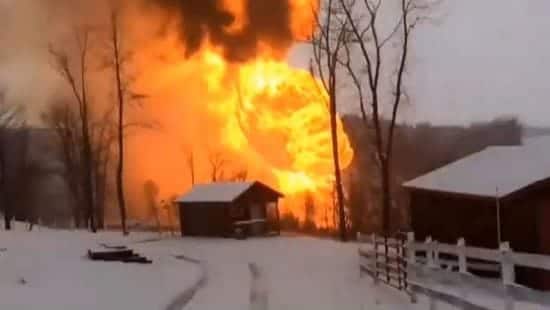 A gas pipeline in Brooke County exploded on Monday, January 26, 2015, rocketing up a fireball hundreds of feet in the air, melting the siding off a house, and damaging an electric line. The gas emitted from the pipeline burned for hours.

Luckily, no one was hurt in this explosion, but this is the fourth major pipeline incident in the US this month in states including Mississippi, North Dakota, and Montana.

The Pipeline and Hazardous Materials Administration is continuing to investigate this cause of this explosion and fire which burned all day. A drop in pressure was noted just before the explosion, but the cause is not yet known.