Can I Sue After an Amusement Park Injury?

What are the common injuries at amusement parks?

The same injuries that you may sustain in a traffic accident or other personal injury accident can also be sustained by you or your child while riding amusement park rides. Your body can often be whipped around in the same manner a body is thrown around in a car accident. Here are the most common amusement park injuries:

Should you get injured at the amusement park, then you should report it right away so you can get proper medical attention. 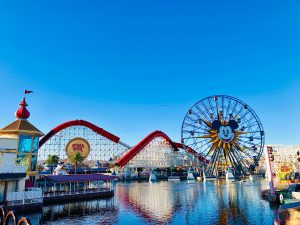 Premises liability, product liability, and negligence are three of the most common causes of action used to prove fault and liability for an amusement ride accident. The guests of the amusement park must be able to prove that the defendant’s actions were a direct and proximate cause of the passenger’s/ guest’s injury.

What are the damages awarded for amusement park injuries?

If the defendant is responsible for the guest’s injuries, then the amusement park may be held accountable for:

Remember, the amount of compensation you may receive for your amusement park injury claim depends on several factors. The type of injury, the severity of the injury, and the amount of financial damages are just a few factors that determine the value of your personal injury claim.

Amusement park injury claims can be tricky because amusement park owners claim passengers assume the risk of injury when riding their attractions. Contact us today for a free case evaluation with a West Virginia personal injury attorney to determine if your injury was the result of wrongdoing or negligence that makes the operator/ owner liable for damages.