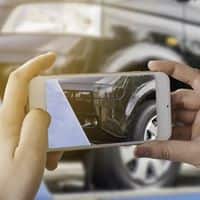 It’s been said that a picture is worth a thousand words. Computer algorithms have been used for over a decade by insurance companies to evaluate the worth of auto accident claims. Now, new developments in artificial intelligence (AI) may soon take over one of the most critical jobs in the insurance industry: disaster damage and accident appraisal.

Machine learning is currently being used to train an AI system to evaluate and assess damage to vehicles and personal property with the goal of cost savings and speeding up claims processing.

A London-based company, Tractable, has developed one such app and believes that claims could be processed 10x faster after disasters and accidents. This software will evaluate everything from auto accidents to burst pipes and water damage, and fires, floods, and hurricanes.

Traditionally, the process of releasing money for insurance claims begins with a trained insurance adjuster who visits a site and visually appraises the damage.

The Tractable system has been trained on millions of images of damage to property and vehicles and can do the same job in minutes.

Some glitches occur in the machine learning process when it is necessary to correlate exterior photos to interior damage.

For auto accident claims, though, the process is more straightforward and the AI system has been trained on millions of these cases, so serves as a distillation of thousands of human insurance adjusters’ experiences.

How it works will vary by insurer. At Esurance, which added real-time video appraisals in mid-March 2014, policyholders sign in to a video chat with appraisers, using their phone’s camera to show the damage to their car.Allstate’sQuickFoto Claim guides consumers through snapping and submitting photos from their phones.

Using your phone camera at the scene of a car accident is always a wise practice no matter what the insurer is using for an adjustment system, so if you are physically able, take as many photos as needed to illustrate the accident scene and the resulting damage to people and property.