In October, 2015, two tragic scaffold collapses in Houston, Texas have resulted in injuries, deaths, and at least one worker left in a vegetative state. So, who was at fault, and who will provide care for these workers and their families?

After aconstruction accident, what remedy exists for the injured to obtain necessary medical care and for these families to build new lives? Construction workers face danger daily in the ordinary course of their workday. Even so, when a work site has been secured by safety procedures which have been carefully implemented, builders have every reasonable expectation of returning home to their families intact. 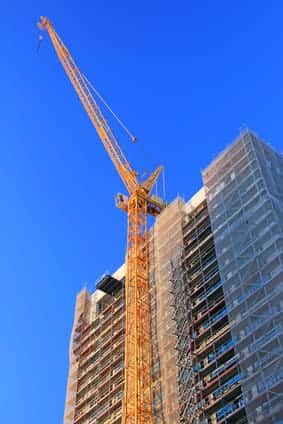 When an ordinary work day turns disastrous and lives are forever changed, these hard-working men and women can no longer provide for their families. Injured workers have rights. Workers Compensation will pay for injuries received on the job no matter who was at fault, but additional compensation may be provided by the employer or a third party contractor or manufacturer if negligence on the part of any or all of these can be proved.

Whether the collapses were caused by anchors at the top of the building breaking loose after these anchors were improperly secured, faulty construction or materials used in building the scaffolding, faulty concrete causing a lack of integrity in the soundness of the scaffold’s attachment to the building, or bolts not properly secured, the investigations will point to the parties or party responsible for the failure of the scaffolding to provide protection and support.

The worst West Virginia work site scaffold collapse in WV history was the Willow Island disaster, where a cooling tower which was under construction collapsed at a power station at Willow Island, West Virginia in 1978. The falling concrete in the tower caused the scaffolding to collapse. Fifty-one construction workers were killed that day, and fifty-one families lost a loved one and provider.

A more recent example of a work site scaffold accident occurred in Raleigh, NC earlier this year, causing the death of three construction workers and injuring another. Photos from the site showed broken pieces of scaffolding on the ground and a piece of the structure where the scaffolding had been anchored to the side of the building sticking out horizontally. The structure was a “mast climber” design, and a witness said one of the mast climbers just fell off, causing the entire scaffold structure to buckle and collapse.

Worker’s Compensation exists because employers owe a duty to workers injured on the job and their families and pays for the workers’ medical bills and lost wages. Many states have passed legislation allowing companies to opt out of Workers Compensation and become self-insured. According to an investigation by ProPublica and NPR, alternatives to Worker’s Comp often cut off treatment after two years and don’t pay compensation for most permanent disabilities and strictly limits payouts in the event of a death or catastrophic injury.

Workers Compensation is a broken system in many regards, but it remains a safety net for most injured workers. If this system is eliminated and all barriers to civil suits against employers are removed, true justice for the injured may be realized in some cases. But, what happens to the injured or the family left bereaved if the company closes, files bankruptcy, or is unable to pay claims? There is no perfect system, but it is imperative for families to retain an experienced attorney to represent their best interest to gain all compensation rightfully due to them.

The families directly affected by these scaffolding collapses in October have retained lawyers to obtain any and all benefits due to them as a results of the workplace accident which has caused these horrific injuries. Their construction accident attorney will investigate the cause of the accident, the extent of injuries and long-term impact on these individuals and their families, and whether or not a third party can be sued, such as the contracting company which installed the scaffold system or the manufacturer of the scaffolding.

These families have acted wisely in obtaining legal representation right away. All states have a time limit (statute of limitations for work injuries) for injury claim lawsuits to be filed, and as time passes, evidence and witnesses can become difficult or impossible to find.

The personal injury lawyers at the Robinette Legal Group, PLLC based in Morgantown have represented many construction accident victims in West Virginia during the past twenty-five years, and are ready to help you if you have been hurt or are suffering after the death of a loved one. We have successfully handled a wide variety of claims ranging from slip and fall injuries to wrongful deaths from coal mine explosions and power plant accidents. If you were injured in West Virginia, protect your legal rights by calling us today for a free case evaluation:304-594-1800or after hours,304-216-6695.

If you Wait, It May Be Too Late