Fatal Balloon Crash: Pilot Had a History of DUI

AUG 2016 – Shortly after moving to Morgantown, WV, I had the opportunity to attend one of the first Mountaineer Balloon Festivals at Hart Field. Do you remember the glory days of the festival when at least 50 balloons would launch and sail over Westover and Sabraton? Every year since, I have dreamed of going up in one myself.

What I didn’t know until recently is that the FAA oversight for balloon pilots is not nearly as stringent as it is for airline or helicopter pilots. 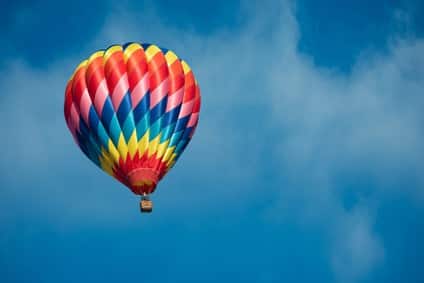 Pilot in Fatal Balloon Accident Being Tested for Intoxication

After this most recent balloon crash in Texas, I expect a flurry of wrongful death lawsuits aimed at Heart of Texas Hot Air Balloon Rides from the families who have so tragically lost their loved ones as a result of the pilot’s negligence, misconduct or illegal actions.

The pilot of the hot air balloon that recently crashed in Texas, killing all sixteen people on board, had a long history of DWI and drug convictions.

He had four drunk driving convictions on his record, had his driver’s license suspended twice, and had spent time in prison for drugs. There is no indication at this point that alcohol or drugs played a role in this crash until the toxicology results become available, but certainly, he had a history of poor judgment.

This pilot also had a previous hard landing that had left one passenger injured which resulted in a lawsuit.

It is unlikely that you will know before you go up who your pilot really is, but it is the balloon company’s responsibility to know their pilots’ histories.

A Texas woman recently injured in a hot air balloon accident is suing Balloons Above the Valley in Napa Valley California for general and special damages, including the cost of medical services and supplies as well as lost income, past and future, according to the suit.

“Robert Barbarick was unfit and incompetent” to pilot the hot air balloon, and Balloons Above the Valley knew, or should have known, the risk involved with allowing him to pilot the aircraft, the complaint asserts.