Flooding in West Virginia | Don’t Get Swept Away

Governor Jim Justice of West Virginia declared a state of emergency for 55 West Virginia Counties. The Ohio River has been risingand flooding roadways and parking areas in Pittsburgh and south along the western border of W.Va., especially in Taylor, Doddridge, Marion, and Monongalia Counties, as well as the coalfield counties in Southern West Virginia. 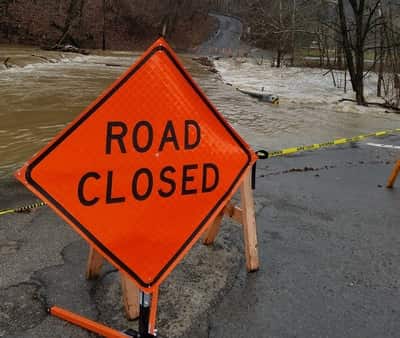 Rising rivers, streams, and creeks are causing rock slides and washed out roads, making driving extremely dangerous in some areas.

The number one killer during floods is due to drivers taking the risk of driving through a flooded roadway or intersection. Nine out of ten people who are in vehicles which are swept away by floods are killed, so turn around and don’t take the chance!