How Does Seatbelt use Affect an Auto Injury Claim in West Virginia?

I was not wearing a seatbelt at the time of the collision. How will this affect my insurance claim? 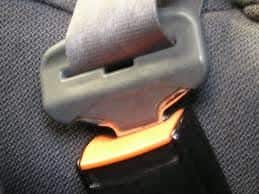 In West Virginia, wearing a seatbelt in a motor vehicle is mandatory. Even so, violation of this law is not evidence of negligence in court.

If you are injured in an accident and you were not wearing a seatbelt, the insurance company will argue that if you had been wearing your seat belt, your injuries would have been far less serious.

Even if the other driver’s negligence was the sole cause of the accident, you still bear some responsibility for the severity of your injuries because you were not wearing a seat belt, and according to West Virginia law your claimfor medical damages maybe reduced by 5% in WV for failure to wear a safety belt.

In order for you to pursue a liability claim against someone else for your injuries, the cause of your injuries must have beenpredominatelycaused by their conduct, and not your own.For instance, if you were severely injured in an auto collision, and your driving merely contributed in some small way (e.g., you were traveling 60 mph in a 55 mph speed zone), you will not likely be foreclosed from pursuing your injury claim against the other at-fault driver.

A recent example of an insurance company using the“seat belt defense” tominimize fault is illustrated in the court proceedings in the Tracy Morgan crash in New Jersey.

Actor-comedian Tracy Morgan and other people in a limousine struck from behind by a Wal-Mart truck on a highway in June are at least partly to blame for their injuries because they weren’t wearing seatbelts, the company said in a court filing Monday.

The filing was made in federal court in response to a lawsuit Morgan filed in July over the accident, which killed his friend James McNair. Morgan spent several weeks in rehab with rib and leg injuries resulting from the six vehicle collision.

Wal-Mart Stores Inc., based in Bentonville, Arkansas, said in the filing that the passengers’ injuries were caused “in whole or in part” by their “failure to properly wear an appropriate available seatbelt restraint device,” which it said constitutes unreasonable conduct.

An attorney representing Morgan and the other plaintiffs called Wal-Mart’s contentions “surprising and appalling.”

The lawsuit seeks a jury trial and punitive and compensatory damages. It says the retail giant should have known that its truck driver had been awake for more than 24 hours before the crash and that his commute of 700 miles from his home in Georgia to work in Delaware was “unreasonable.” It also alleges the driver fell asleep at the wheel.

Wal-Mart spokeswoman Brooke Buchanan said in an email that the company “continues to stand willing to work with Mr. Morgan and the other plaintiffs to resolve this matter.”

Truck driver Kevin Roper, of Jonesboro, Georgia, pleaded not guilty to death by auto and assault by auto charges in state court. A criminal complaint also accuses him of not sleeping for more than 24 hours before the crash, a violation of New Jersey law.

A report by federal transportation safety investigators said Roper was driving 65 mph in the minute before he slammed into the limo van. The speed limit on that stretch of the New Jersey Turnpike is 55 mph and was lowered to 45 mph that night because of construction.

Roper had been on the job about 13 1/2 hours at the time of the crash, the report concluded. Federal rules permit truck drivers to work up to 14 hours a day, with a maximum of 11 hours behind the wheel.

In cases such as this, a skilled personal injury attorney would argue that a plaintiff’s failure to wear his or her seat belt did not help to actually cause the accident itself in any way. Failing to wear a seat belt might have made the plaintiff’s injuries worse, but it certainly did not help to cause the accident itself. Thus, failure to wear a seat belt cannot logically be considered comparative negligence.

How the Insurance Company Uses Comparative Fault to Minimize Claims

Insurance adjustersexaggeratethe impact of your conduct-like going 5mph over the speed limit or not wearing a seat belt as a basis tosubstantially reducethe value of your injury claim. The same result occurs in construction injury or coal mine injury cases, where the adjuster exaggerates the impact of the employee’s conduct to show that the injuries would not have occurred if the employee had followed safe work practices.

When “Who is at Fault?” is an Issue, You Need a Strong Advocate on Your Side

While the law permits your own comparative fault to be as high as 49%, the closer your own fault gets to this maximum percentage,the less you will be compensated, and you run the risk that you will be completely foreclosed from recovering anything at all.

However, the percentage of your own fault (called “comparative fault”) will reduce your compensation by the same percentage of fault you contributed to causing the auto collision. So, if you are found by a jury to have been 20% at fault in causing the auto collision, your compensation will be reduced by 20% of the total verdict.

If your fault equates to 50%, then you will be foreclosed from any recovery or compensation for your injuries. For instance, if a construction worker decides to remove his safety equipment in violation of safety rules, and is injured, it is likely that the worker’s conduct will be viewed as a significant contributing factor to his own injuries.

Be aware that insurance adjusters try to craft reasons why your alleged negligent conduct equaled or exceeded that of their own insured, which has the end result of you receiving little to nothing in settlement of your injury claim, which is why it is essential you have a skilled personal injury attorney on your side fighting for you.

How to Choose a West Virginia Personal Injury Lawyer: Decoding the Ads

It is Your Responsibility to Protect Your Legal Rights Aftera Collision

Why is the Insurance Company Offering So Little for My Injuries?