How Much Car Insurance Do I Need?

Every year thousands of individuals are seriously injured in automobile collisions in West Virginia, requiring significant medical treatment. Many don’t have the financial resources to pay for their own medical treatment or lost wages.

A recent client was injured in a collision on the interstate highway, and had assumed he had adequate insurance coverage. Turns out that he did not have medical coverage or underinsured motorist coverage. Unfortunately, the at-fault driver only had minimum coverage and no personal assets. So, the client had no chance of having his bills paid or receiving compensation for his lost wages or suffering. The result would have been far different if he had purchased underinsured motorist coverage. 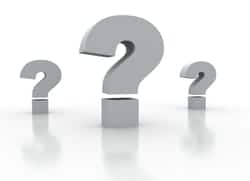 Automobile insurance coverages such as medical payments coverage (“Med-Pay”) and underinsured (“UM”) and uninsured motorist (“UIM”) coverage protect injury victims in such situations. In deciding what type of insurance is needed, and for what coverage amounts, you should know that about one in six vehicles on the road do not have any automobile insurance whatsoever.

So if an uninsured vehicle causes a collision, the victims will not have a financially responsible person to pursue for their injuries. West Virginia state law requires owners of automobiles to carry at least $20,000 in liability protection. But this amount is so small, considering the cost of medical care and the reality of lost employment, that more protection should be purchased.

First of all, every owner of an automobile should purchase Med-Pay coverage to provide medical payments coverage for themselves, as well as their occupants – irrespective of who is at fault for the collision. Purchase as much as is offered; it is relatively inexpensive insurance.