Is Google Glass the Next Major Distraction for Drivers?

Will Using Google Glass While Driving Cause Collisions? 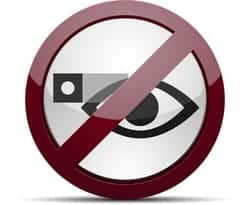 Eight U.S. states including West Virginia are considering regulating the use of Google Glass, a tiny computer screen mounted in the corner of an eyeglass frame, while driving a motor vehicle.

Law enforcement agencies, NHTSA, distracteddrivingsites such asDistraction.gov, and attorneys who specialize inpersonal injury andcar accident litigationresulting from distractionsare concerned that drivers wearing the devices will pay more attention to their email than the road, thus causing serious accidents resulting in tragic injuries and death. The Delaware Developmental Disabilities Council also supports restrictions on drivers’ use of headsets such as Google Glass, believing it will lead to more accidents, causing more spinal cord and traumatic brain injuries.

Google is working hard to persuade lawmakers through lobbying that restriction is not necessary for their innovative wearable technology, Google Glass.The company has stated that such legislation is premature because Google Glass is still in the testing stage.

In a pre-emptive move, West Virginia stateRep. Gary G. Howell introduced legislationin 2013that would amend existing laws against texting while driving to prohibit “using a wearable computer with head mounted display.” House Bill 3057 doesn’t mention Google Glass by name, although Howell told CNN he was inspired to amend the law after reading an article about the gadget.

If passed, the law would make West Virginia the first U.S. state to ban motorists from wearing Google Glass while driving, a Google spokesman said.

“The primary thing is a safety concern,” Howellsaid in an interview. “It (the Glass headset) could project text or video into your field of vision. I think there’s a lot of potential for distraction.”

House of Delegates member Gary Howell, a Republican, said he has heard from out-of-state Google Glass users opposed to the bill but not from the company itself.

Injury litigation stemming from auto collisions that involve a distracted driver face a lot of challenges. Whether it is Google glasses or looking at tablets/iphones in the vehicle, there needs to be proof that the driver of the vehicle was the one using the device and that it distracted them from the operation of the vehicle.

On the criminal side of the investigation, there is the fundamental question as to whether there was a use of a prohibited device while driving. Police are poorly trained to investigate whether the prohibited use was a causal factor in a collision. I have found that most police officer duck the question altogether and say “no distractions.” Where there are multiple persons in a vehicle, there is the possibility of others using the device.

For example, recentlyin San Diego, California, a woman’s traffic ticket for wearing Google Glass behind the wheel was dismissed because there was no proof the device was operating at the time.

Moreover, the time signatures of the use don’t always coincide with the time of the impact or collision. Often, right after a collision (even seconds), the driver will dial up someone about the collision, which gives the appearance of them being on the phone at the time of the collision. Right now, there are more questions than answers as to whether these devices actually caused a collision. The drivers don’t admit it, and assert that it is no more distracting than looking at the speedometer, navigation directives, and other accepted forms of operational distraction installed on the vehicle.

My professional opinion is that if a driver is caught using a prohibited device when a collision occurs, then an instruction should be given by the court to a jury that it is evidence of negligence, but could be rebutted by the defendant.

Google advises people engaged in Glass field tests to abide by state laws that limit use of mobile devices while driving.

“Above all, even when you’re following the law, don’t hurt yourself or others by failing to pay attention to the road,” the company said in guidance posted online.