With West Virginia’s recent passage of the Medical Cannabis Act, Senate Bill 386, which was signed into law by Governor Justice on April 19, 2017, many patients will have access to the relief they have been seeking, but new issues regarding driving safety and impairment testing have arisen.

While alcohol is the predominant substance in fatal crashes, marijuana is the second most frequently found substance in crash-involved drivers, according to a NHTSA study.

Although many studies have proven that cannabis impairs driving much less than alcohol use, when marijuana and alcohol are used together the result is a significant spike in impairment levels and adramatic decrease in driving performance. 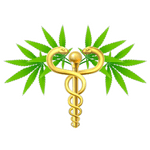 “Stoned drivers are a serious safety concern, but there’s no clear-cut way to gauge the risk as there is with drunk drivers. Tetra┬¡hydrocannabinol (THC), the main psychoactive ingredient in pot, works differently than booze. Research has shown that the amount of THC in the bloodstream is not a consistent indicator of cognitive or psychomotor impairment. Users’ bodies are prone to building tolerances, even retaining reflexes while high. What’s more, THC and pot’s inactive metabolites can remain in the bloodstream for many days, especially for frequent users.”Car and Driver Magazine

In West Virginia, when an adult goes to renew their driver’s license every five years, they are testing for general vision and are asked to self-report any medical conditions that may affect their driving ability. Some of the conditions which may affect driving include severe arthritis, loss of vision and hearing, narcolepsy, any condition which could cause you to lose consciousness, mental disorders, and drugs which may cause drowsiness including pain medicines and medical marijuana.

These drivers, if the license renewal is granted, are required by law to act prudently for their own safety and the safety of others with whom they share the road.

Cannabis-influenced drivers may attempt to drive more cautiously to compensate for the impairing effects, and there are challenges for law enforcement agencies to accurately test drivers and develop a threshold of what is considered too high to drive. One known impact of THC and driving is that the drug reduces the driver’s peripheral vision so the driver experiences a tunnel vision of sorts.

Problems with testing and determining of impairment levels at the time of collisions can be difficult. Residual THC can be detected in blood up to a month after use of medical marijuana. When cannabis for medical use was approved in Arizona, several people were charged with impairment from THC even though they had abstained from the drug during several weeks prior to the testing.

Daily use would be likely for those seeking pain relief, but THC concentration drops rapidly within two to four hours after use, so doctors and pharmacists would be wise to advise all patients with such prescription to use care and wisdom with the timing of any planned trips.

Another area of strong concern with medical marijuana is child safety. West Virginia still leads the nation in accidental prescription pain medicine overdoses, so it was a wise move to limit the means of THC delivery in West Virginia to patients to only the pill and oil forms for the protection of children.

Cannabis for medical purposes may not be smoked in its leaf form in WV and food products such as gummy bears and lollipops containing THC may not be distributed and purchased in West Virginia, although there is no prohibition against a patient adding the oil to foods produced in their homes.

Although medical professionals seem to agree that it is almost impossible for an adult to overdose on cannabis, thehealth risks for a young childare very serious.