Dominion Resources, Duke Energy and other partners have proposed building a $5 billion natural gas pipeline to connect the Southeast with the abundant supplies of natural gas being produced in West Virginia, Pennsylvania, and Ohio.

Gas is being relied upon to generate more of the nation’s electricity in recent years because the enormous new domestic supplies have drastically lowered its price and it burns cleaner than the nation’s other most important fuel for electric power, coal. 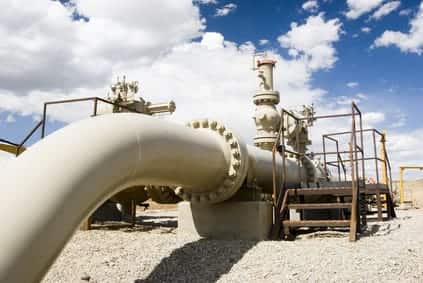 This is the future of West Virginia — The Marcellus region is projected to become third largest natural gas supplier in the world. Nine coal fired plants are scheduled to be closed in VA and NC — and are expected to be replaced with new natural gas fired plants. Chemical and manufacturing industries have become heavily dependent on natural gas resources as well. Great potential also exists for exporting liquified natural gas (LNG) overseas from our Atlantic seaboard.

The 550-mile project will begin in Harrison County, West Virginia and stretch to Robeson County, North Carolina, in the southern part of the state near Lumberton. The pipeline is projected to run through Lewis, Upshur, Barbour, Randolph and Pocahontas counties in West Virginia. A lateral extension of the pipeline would split off and run to the Hampton Roads area of Virginia which will feed the new Liquefied Natural Gas (LNG)export facility under construction at Cove Point, MD.

Expected benefits of the gas pipeline for the state of West Virginia include:

Theplanned pipeline projectwhich will transport natural gas to the Atlantic seaboard would bring additional benefits to West Virginians in job creation and support economy, but is certainly not withoutwork related and environmental hazards.

The project aims to increase the availability of natural gas supplies in West Virginia, Virginia and North Carolina. Other companies are studying similar projects that would transport gas from the Marcellus Shale region to the southeast corridor.Dominion Energyplans to construct a 42-inch line through West Virginia and 36-inch lines in the other two states. Three compressor stations would be built – one in Harrison County, another in central Virginia and a third one near the Virginia/North Carolina border.

Opponents of the pipeline are concerned about worker safety, environmental, historic and cultural impacts, and the possibility of gas line explosions. With a new line, corrosion would not immediatly be a factor as it was in theexplosion near Charleston, but cannot be ruled out as a possible hazard.

The partners, which included Piedmont Natural Gas and AGL Resources, expect to receive regulatory approval by mid-2016 and to start operating the pipeline in 2018.