Takata Corporation, a Japanese auto parts maker, has agreed to pay $1 Billion after pleading guilty to one count of wire fraud for concealing a defect in millions of its airbag inflators.

Takata airbag manufacturers admitted to covering up the defective inflators which can explode with too much force and send shards of metal into drivers and passengers.

According to NPR, “The penalties include $850 million in restitution to the car companies and $125 million for victims, with $25 million for the actual criminal penalty.”

Fortunately for all of us, thereis a cadre of lawyers who hold manufacturers accountable for endangering the public through litigation and financial penalties — all of which effect change in the way these companies manufacture products.

A passenger protection device should never transform into a dangerous weapon in any situation or collision, no matter how severe. Personal injury and product liability attorneys help to keep these companies honest in producing the safest possible vehicles.

Steve Gursten, a nationally recognized Michigan Auto Accident Attorneystated: “Your car is chock full of safety features. But it isn’t because of car manufacturers, who fought against most of them.

And it isn’t because of government safety regulators, who sadly bowed to industry pressure more often than not.

Your car is safer, and hundreds, maybe thousands of lives, are saved every year becausepersonal injury attorneysinsisted on it.”

“In the 1960s, court cases began highlighting the dangers of car design and the willful negligence of manufacturers in designing cars that they knew to be unsafe. Since then the civil justice system has worked hand-in-hand with regulation to protect Americans, while spurring generations of safety innovations.”

Attorneys for people who have filed suit against Takata and five automakers say the car manufacturers knew that Takata’s products were dangerous yet continued to use them for years because they were less expensive than alternative brands.

Allegations have been made against five automakers: Honda, Toyota, Nissan, Ford and BMW. The filing states that the allegations are based in part on auto company documents. 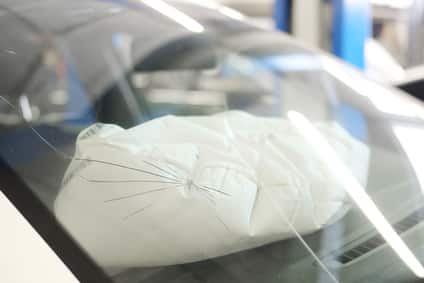 Attorneys Make the Difference in Product and Public Safety

Takata airbags have caused the death of at least 16 people and severely injured nearly 200 others. The willful negligence of the Takata corporation has not only injured and killed innocent people, but has also resulted in the largest automotive recall in U.S. history, involving 42 million vehicles and 60 million inflators.

Once again, through the Takata lawsuits, attorneys, the civil litigation process, and the justice system we see how litigation serves to reveal previously concealed defects, heightens safety standards, and deters manufacturers from cutting corners on safety for the goal of greater profits.