A Morgantown woman is facing the criminal charge of DUI Causing Injury after hitting a Morgantown fireman with her vehicle while driving under the influence Wednesday night. According to a Morgantown Police Department press release, the thirty-year-old woman was taken to the North Central Regional Jail where she is awaiting arraignment.

Two Morgantown firefighters, heroes to their families and the Morgantown community, were taken to Ruby Memorial Hospital after a drunken driver slammed into them as they were responding to a fire on Richwood Avenue. The injuries are non-life threatening, but serious none the less.

One fireman was treated and released, and the more seriously injured firefighter was kept overnight for additional treatment as a direct result of being run over in theaccident caused by the drunk driver. The incident occurred between 11:15 and 11:30 p.m. on Wednesday, November 18, 2015. 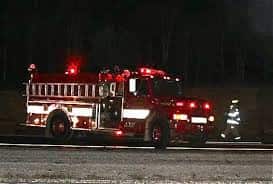 Fortunately for these firefighters, their medical bills should be covered by workers compensation coverage. However, since the State Workers Compensation Fund was abandoned several years ago, these type of claims are being handled by private insurance companies such as Brickstreet Insurance.

The private insurance companies use adjusters to handle these claims and most injured workers have a hard time getting their treatments and bills paid. Since these insurance companies cannot be sued for bad faith (thanks to laws that protect them), they typically handle these claims the way they want to, without any interference from the judicial system.

At Robinette Legal Group, we handle claims like these every day and have the experience to help injured workers navigate through the complex web of insurance coverage issues and laws. We would be pleased to help you and the initial consultation is absolutely free.