In 2013, nine people died on our West Virginia highways during the Labor Day weekend. Though extra enforcement has driven down the statistics of alcohol related deaths on our nation’s highways, the Labor Day weekend brings the highest number ofdrunk driving accidents, motorcycle wrecks,and motorvehiclecollisionfatalities of the year, second only to the Fourth of July weekend. 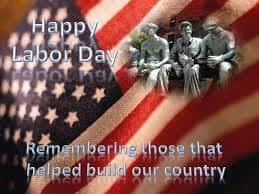 Labor Day is not only the unofficial last bash of the summer, it is a celebration of hardworking Americans like our West Virginia coal miners, gas drilling and pipeline workers, and construction workers whosuffered hardship and persevered to make our country what it is today.

Unfortunately many of these end-of-summer celebrations lead to overindulgence that makes its way ontoour West Virginiaroads.

As part of the national enforcement initiative, “Drive Sober or Get Pulled Over,” West Virginia state police and Morgantown area city police are focusing their efforts on reducing alcohol-and drug-related crashes through Labor Day.

In West Virginia, additional troopers will be on patrol during each shift. Though impaired driving remains a problem, this extra enforcement has driven down the occurrence of collisions caused by DUI in recent years.

Motorists not using their seat belts, drunk driving, distracted driving, reckless driving and speeding are among the problems troopers will be watching for as travelers go to and from their destinations.

It is illegal to drive with a BAC (blood alcohol content) of .08 or greater, but the impairing effects of alcohol can come at levels lower than that. It is never advised to operate a vehicle once you have started celebrating the weekend. Driving after drinking is never worth the risk.

In 2013, many people were killed in car, truck, or motorcycle collisions last Labor Day weekend. Nationwide, someone dies as a result of impaired driving every 34 minutes over this holiday weekend.

Be vigilantto watch fordrunk drivers by being aware of vehicles weaving within lanes, and noting those stopping for no reason or turning abruptly/illegally. Never try to pass a potentially intoxicated driver. Instead, call 911 and provide them with the other vehicle’s make, model and license plate number, as well as your general location, to help authorities remove the unsafe driver from the road. But never endanger yourself to obtain the information.