Walk at Your Own Risk!

Walking in Morgantown has become a risky business. Even though legally pedestrians always have the right of way, too many drivers are not paying attention to their surroundings. 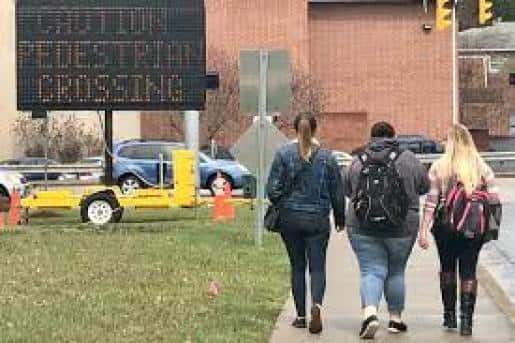 Every year, students are hit by vehicles while walking around the areas near the WVU campus. We tend to have a younger population here because of the university, but nationally, pedestrian fatalities among people over 30 have nearly doubled.

Our law firm recently represented a young woman who was hit by a truck while walking on the sidewalk. Her body was thrown over the hood of the truck and she sustained multiple broken bones and bruises. Her foot and knee will never recover to pre-accident condition and will most likely need a knee replacement in the future.

Even though this young lady was walking in a zone that should have been safe for pedestrians, was hit by a truck and was injured badly enough that she needed surgery, the insurance company denied her claim against the at-fault driver. The driver claimed that she walked into his truck and hit him with her body!

Thankfully for this badly injured young lady in her 20’s, we were able to fight the insurance company’s offer of ZERO and obtain $180,000 for her to compensate her for her pain, suffering, past medical bills, and future medical bills.

Our client will never be the same, but at least she will not have to suffer financially for the damage this inattentive driver caused.