The oil and gas industry in West Virginia was significant in our past and is vital to our future. Presently, the state of West Virginia is anticipating tremendous economic growth as the oil and gas industry develops. Not only are thousands of jobs being created, this homegrown energy could possibly eliminate some, if not all, of our dependence on other countries for our energy needs which may increase our national security. This natural gas resurgence could also be leveraged for the chemical and manufacturing industry in our state and exported globally in its liquefied form (LNG). Oil and gas fever is burning again.

Exciting as these developments are, the concern that strikes a responsive chord in many West Virginians is that the accelerated expansion of the hydraulic fracturing (fracking) industry in West Virginia could contaminate and polluteour ground water aquifers, wells, and local waterways such as rivers and streams.

West Virginians have historically had to suffer the effects of the spoliation and pollutionof local water suppliesand wellswhich have occurred in most often in coal mining and lumber management areas. Many communities have already experienced decades of having to haul cleanwater to their homesand manage without an easily available clean source of water. As the oil and gasindustry expands in our state, it must be done safely and with care to its neighbors.

Not only is chemical contamination a potential problem, but also methane migration affecting local water wells can be problematic as illustrated by the 7-year-long court battle in Dimock, Pennsylvania which finally settled in 2016.

A Pennsylvania jury handed down a $4.24 million verdict in a lawsuit centering on water contamination from negligent shale gas drilling in Dimock, PA, a tiny town that made international headlines for its flammable and toxic drinking water.

The defendant in the lawsuit, Cabot Oil and Gas Corp., had strenuously denied that it had caused any harm to the plaintiffs or their drinking water. In 2012, the company reached a settlement with roughly 40 other residents along Carter Road in Dimock, but the terms of that settlement were never made public and included a “non-disparagement” clause that prevents those who settled from speaking out about their experiences with Cabot.

The verdict, which wasreportedby the Associated Press, comes as long-awaited vindication for the Hubert and Ely families, who refused to settle in part because they wanted their voices heard.

Because the lawsuit’s scope had been narrowed dramatically before trial, the plaintiffs were not permitted to pursue Cabot for any harms done to their health, but only for the damage to property and the personal nuisance that the water contamination had caused.

If you own property close to drilling operations, or proposed operations, it is imperative that you have your water qualitytested before the process begins to provide somebaseline measurements and continue to have it tested as operations progress. You may not experience any problems at all, but certainly you would want to know if complications are developing.

In one of the most aggressive public outreach programs in environmental protection history, the EPA is now studying the potential effects of hydraulic fracturing on water quality. 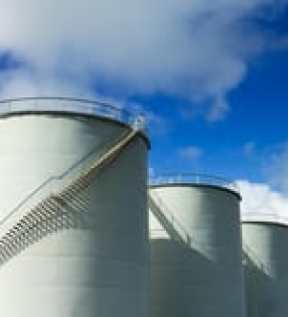 According to the Huffington Post, “The EPA is studying the possible impact on drinking water at several stages of the fracking process: when water is drawn from reservoirs or underground sources and used for fracking; when a chemical mix is injected into the ground to break up rock; when wastewater from fracking is disposed of; how the drilling wells and wastewater-storage wells are constructed; and the potential for toxic fluids to migrate from deep underground to near-surface drinking water supplies.” The one contentious issue the EPA does not seem to be addressing is how often this contamination may occur.

Before a gas or oil well can begin producing, each horizontal Marcellus well needs between 2.4 and 7.8 million gallons of fresh water. This water, which is pumped from streams, aquifers, rivers, or municipal supplies is mixed with sand and chemicals. It is then injected into the well bore under high pressure, and force is enough to fracture the shale and stimulate oil or gas flow.

As this oil or gas starts flowing, the fracking fluid mixture is forced back up from the earth along with other substances picked up from deep in the ground like heavy metals, brine, and their breakdown products. This is referred to as flowback or produced water. The Marcellus shale region contains a higher than average amount of uranium which emits a small amount of naturally occurring radioactivity. During this process, spilled fracking fluid can seep down through the soil into wells, aquifers, and streams.

So, most of the concern about water contamination is not about what goes down into a drilling well, but about what comes out or stays underground. A single well can yield several million gallons of waste which must then be contained and disposed of. Some wells are producing this wastewater faster than companies can legally get rid of it.

Recently, in Pennsylvania criminal charges were filed by the PA Attorney General against a waste cleanup firm and its owner for improperly disposing of toxic natural gas drilling waste. Witnesses told a grand jury that between 2010 and 2013, employees washed out trucks or equipment containing drilling wastewater, mud or cuttings onto the ground at company properties in Harrisburg and Milton. Prosecutors say they have evidence it drained into a small waterway by the Harrisburg property. They also say drilling waste was stored in leaking containers on company properties. Charges also include insurance fraud and overbilling.

When these flowback fluids are released into waterways, they can clog machinery, and change the color, taste, and odor of drinking water. According to a report by the Center for Environmental Health, twenty-five percent of the chemicals used in fracking are known to cause cancer. Residents living near these drilling sites have been found to have a greater incidence of respiratory and neurological problems. Recent studies conducted by researchers from the Endocrine Society’sEndocrinologyfound elevated levels of endocrine-disrupting chemicals, or EDCs. The chemicals have been linked to infertility, birth defects, and cancer.

Horizontal hydraulic fracturing has really taken off in the past three to four years. For this reason, we are just now seeing verdicts and settlements related to damages to people and their land which have been linked to fracking operations. In April 2014, the first jury verdict in a case against a drilling company awarded a Texas family three million dollars for the detrimental and debilitating effects of the drilling operation on their 40-acre ranch, animals, and health.

This family was forced to evacuate their property after suffering classic symptoms of hydrocarbon exposure such as nausea, rashes, headaches, ear ringing, nose bleeds, asthma, and depression. Their cattle were also becoming ill and produced at least one calf with a birth defect.

The family’s attorney, David Matthews, commented to the press, “If you are going to be in the fracking industry, you have to do it safely, and you have to do it with care to your neighbors,” he says. “I think this may well bring out other people that will stand up for themselves.” “This should be a bit of a wake-up call to the industry.”

In the course of any industrial process where human error and machine or equipment malfunctions could occur, accidents and spills will happen. Experience in the industry has shown that pumps and tanks can fail. The seals between the wellbore wall and natural rock are not perfect and sometimes leave small channels through which gas and liquid can escape. Pipe couplings can fail, and in one case between 7,000 and 8,000 gallons of fracking fluid escaped. Pit liners can also develop leaks and tears, and flowback storage tanks have been known to leak.

One possible solution, albeit expensive, is using closed-loop drilling operations which involve reclaiming the flowback in steel tanks and then recycling on site. This process requires costly technology, logistics, and equipment, but this cost is somewhat offset by the savings of withdrawing and trucking millions of gallons of water to remote sites.

Property owners are not the only ones affected by toxic exposure to flowback materials. Even more at risk are the employees and contractors working directly with the wastewater and the dangerously high levels of hydrocarbons contained therein. These hydrocarbons can affect the eyes, lungs, heartbeat, and nervous system.

In addition to the toxic exposure risk, two studies from Duke University have concluded that there is evidence of methane contamination in local water supplies. In such areas, methane has always been located near the wells, but researchers have presented a strong case for methane migration resulting from the disturbances in the strata from fracking which greatly worsen any problems which may have already been present. There are problems in proving the cause of methane migration, which is complicated by the fact that it can be caused by abandoned coal mines and seams, garbage dumps, landfills, swamps, and septic systems.

A significantdifficulty with the rapid growth of Marcellus Shale development has been a lack of DEP inspectors to cover all the new well sites. Lacking the staff to oversee each site, inspectors must trust that the companies will properly case, monitor, and control their wells. In the first few months of 2014, 230 new wells have been approved, with many more approvals in the near future. Some fear permits are being issued faster than regulators can keep up with them on the ground.

In 2007-2009, eighteen inspectors in West Virginia were charged with overseeing more than a thousand new wells, with thousands more recently permitted wells coming online, as well as thousands of older wells. New inspectors have been hired, but it is much easier to issue a permit than to conduct the inspections. The state now has more than 50,000 gas wells, with just shy of 1,000 in the Marcellus shale with 21 inspectors.

Medical care for serious illnesses linked to fracking can be expensive. In addition to the health provider and pharmaceuticals needed for treatment for these individuals and families, some familial units have found it necessary to move away from the contaminated area, losing their investments in real estate as well as the value of the “sweat equity” they have put in over the years to build up and develop their property.

If you believe you have been adversely impacted by exposure to fracking fluids in your water supply, you may be able to seek compensation through the courts to hold these companies accountable for the harm which they have caused. A legal settlement or court verdict could supply the funds needed for ongoing medical monitoring and treatment as well as compensation for past injuries and suffering.

Kassotis, Christopher: Endocrinology:“Estrogen and Androgen Receptor Activities of Hydraulic Fracturing Chemicals and Surface and Ground Water in a Drilling-Dense Region,”December 16, 2013.