Posted On June 29, 2015 I Coal Mine Injury and Death,Firm News,Wrongful Death

Despite strong MSHA regulations, coal mining continues to be one of the most dangerous occupations in the world. Every year, miners are injured or killed because the coal operators continue to circumvent or violate safety laws for the protection of the miners. 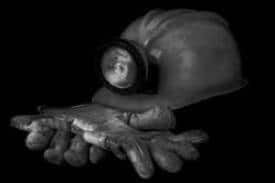 Even with more exacting laws requiring miner safety, mining deaths continue because coal companies are still more motivated to make larger profits than to provide better safety for coal miners. West Virginia coal miners are among the hardest working men in the nation. Often commuting over two hours a day, many working night shifts, these diligent providers have at times worked seven days a week in this unforgiving underground environment to provide for their families.

Early Sunday morning, an Albright WV man, was killed at Mepco’s 4 West Mine near Mount Morris, PA in Greene County. The miner died in the emergency room of Southwest Regional Medical Center in Waynesburg at 1:43 a.m. Preliminary investigations indicate that an airlock door or structure fell on this miner when he was attempting to close the mine shaft or airlock doors. These airlock doors are essential for the management of airflow through the mine and containment of poisonous gasses and dust which could cause explosions. MSHA has recorded this tragedy as the eighth fatal mine accident of 2015.

This mine, a Mepco subsidiary operated by Dana Mining Company, is one of the few mines in the area still thriving; its miners produced 1.62 million tons of coal last year, and so far this year produced nearly half a million tons of coal. The Mepco mine employs over 400 people.

In most cases after such a tragic loss, families will file a wrongful death lawsuit against the coal mine operators. The wrongful death claim will focus on two primary subjects: the cause of the traumatic event and the nature and severity of safety violations, and a determination will be made as to what amount of compensation would be just and fair in the face of their loss of companionship and support. In some wrongful death cases, there is also a third party who can also be held liable for negligence. The third party can include the manufacturer of a piece of defective industrial equipment, the property owner, or a subcontractor working on the same job site.

Though there is no amount of money that can adequately compensate for the loss of a husband, father, and friend, the fact remains that the bills have to be paid and resources will be needed in order to move forward. A skilled personal injury attorney knows how to find all the insurance available to a family after such a tragedy.

For More Information about Coal Mine Injuries and Death, click here.