Posted On February 15, 2017 I Firm News,Insurance Issues,Legislation and New Laws

With the current legislative session now under way, tort reform advocates have stepped up their efforts to push through legislation that will benefit corporate and insurance industry interests. One such piece of legislation, SB 277, calls for the establishment of an intermediate appellate court. For many years this type of legislation has been rightly rejected for a host of valid concerns, from prohibitive costs to stripping citizens of this state with a fair judicial system.

From all appearances, newly-elected Governor Jim Justice’s administration has much more important and vital issues to deal with in this legislative session. In Governor Justice’s first State of the State address, he emphasized the need to balance the state’s budget — which currently has a deficit of $500M and is predicted to rise to $700M in 2018. 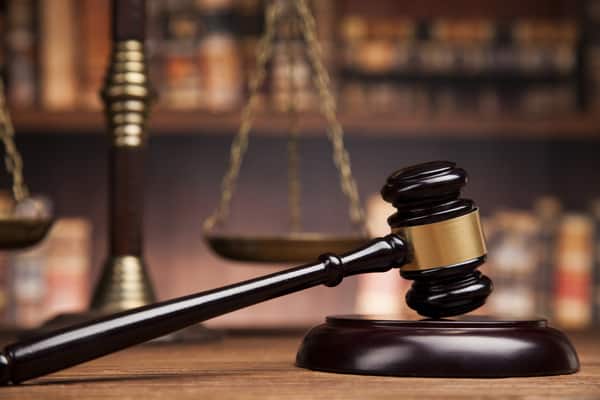 Who is Going to Pay for the Court System Proposed by SB277: Our Children, Our Seniors, or Our Veterans?

In order to begin making dents in the current budget deficit, not only will new taxes be needed, but painful budget cuts will need to be made as well in some vital areas such as public schools, veteran programs, services for young children and seniors, the Arts, and state parks.

Adding an additional estimated $10M per year to fund an intermediate appellate court to help corporations and insurance companies is not only unwise, but it takes away from other services this state desperately needs. Moreover, this estimated budget doesn’t include the additional millions of dollars per year needed to relieve the extra burden placed on the State Attorney General’s Office, Public Defender Service, Health and Human Resources, and State Tax Department. New courtrooms, judges, staff, storage, document management systems and technology would require substantial additional financial resources.

The estimated cost for the proposed intermediate court would be at least $9.7 million dollars a year, which does not include the additional millions needed due to the increased burden on the Attorney General’s office, Public Defender Services, Health and Human Resources, and State Tax Department. New courtrooms, judges, staff, storage, security officers and equipment, and document management systems and technology would also require substantial additional resources.

Why are we even considering wasting millions of dollars that we don’t have for a court that we don’t need? This is not a responsible solution to the economic problems our state is now facing.

This proposed court would do nothing to increase justice for our residents, but would only delay final decisions and increase corporate profits at the expense of those who have suffered already. The threat of delay would be used to force the truly injured and needy to accept pennies on the dollar so they would not have to wait addition months or years for compensation. The delays in some cases could stretch out for six to eight years and will open the door to a greater chance ofattorney malpractice.

In the words of the esteemed West Virginia Supreme Court Justice Margaret Workman:

“An intermediate appellate court as envisioned by the state Senate bill would result in asubstantial delayto litigants achieving finality in their legal disputes – not just the kind of typical delay that comes with any legal process, but indeed an institutional delay.

It would take longer for every litigant to get a final decision in a casebecause after the intermediate court reached a decision, it could still be appealed to the state Supreme Court.

Delay not only creates a longer period of time without resolution of the issuebut obviously would substantially increase the attorneys’ fees and other costs to all litigants.

All sides in both personal and business disputes should be resolved as promptly as possible and with finality. A system that piles higher costs and longer delays on litigants will not facilitate this goal.

Unnecessary delay also has human costs, sometimes far greater than can be measured by money. For instance, children who are the subject of abuse and neglect proceedings would be more likely to wait a lot longer for permanent families. Crime victims and their families would suffer greater emotional and temporal obstacles to real closure. Families in the midst of divorce, which unfortunately is the way most West Virginians interface with the court system, would definitely have a higher cost and misery index.

So who would benefit by delay? The greatest beneficiaries would be lawyers who work by the hour, primarily defense lawyers, who often must achieve billable hours as a requirement of their employment.”

“At the Supreme Court, we are more interested in operating the court system in a frugal, effective manner than in gaining more power and authority or wasting taxpayer funds. In summary, now that all appeals are being heard and resolved on the merits in written opinions, an additional level of courts that people would have to go through to achieve finality just doesn’t make sense. As so many West Virginia families are having to say about unneeded expenditures,we don’t need this, and we can’t afford it.”