Rear end collisions are one of the most common types of accidents, and this type of impactcan doserious damage to boththe vehicles, the drivers,and the passengers inside. Rear end collisionstypically occur at intersections or in heavy traffic where one car is stopped or slowed and another comes up behind it and is unable to stop in time. In most cases, the driver of the trailing car is at fault. 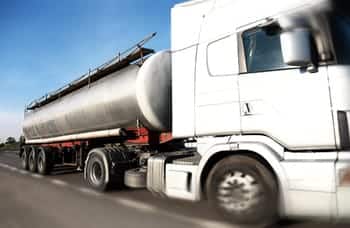 Such appears to be the case ina three truck collision which occurredjust north of Morgantown, WV in Washington, PA, when a tanker truck carrying diesel for a localoil company rear-ended two trucks carryingfracking wastewater. The driver of thetruck that caused the collisionsustained a head injury and was life-flighted to a nearby hospital.

The fracking water tankers, driven by workers for Highland Environmental LLC, were stopped at a red light when the third tanker hit them from behind causing a hazmat situation, according to state police in Washington, Pa.

Fracking water and diesel fuel both spilled onto the road, but at this point only the fuel, possibly as much as 1,300 gallons,and not thefrack, orproduced,waterhas been confirmed to have gone into the creek.

A team from the PennsylvaniaDEP has responded and is working in the creek. They placed booms in the creek to soak up the oil and were performing tests for high chlorides and radioactivity. They said they would also perform an oil analysis. Officials say there’s no threat to drinking water, but there is soil and stream contamination.

In any motor vehicle accident, whether the at-fault driver is speeding, driving while distracted, drunk driving or otherwise negligent, it is important that the injured party protect his or her rights.

In a rear end collision, there is typically clearer evidence of fault than in other car accidents. However, while fault may be easy to prove, the injuries resulting from a rear end collision may not. And insurance companies are reluctant to pay accident victims.

For this reason, it is important to have an experienced personal injury attorney on your side if you have been injured in a rear end accident. AtRobinette Legal Group, our practice is focused on personal injury law. We have the experience, skill and resources to help you pursue maximum compensation for the losses you have suffered.

Did a Truck Company’s Negligence cause your Collision?