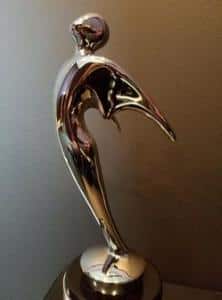 The Silver Telly Council is comprised of top industry professionals that are all past winners of a Silver Telly, their highest honor.

The Telly Award receives more than 13,000 submissions annually in a variety of film categories from ad agencies, production companies, TV stations, and cable companies from around the world.

The Telly Award Category was for a People’s Telly, Short Form Social Video.

It is a great honor to be selected for recognition.

We are grateful for the friends who gave us their vote!